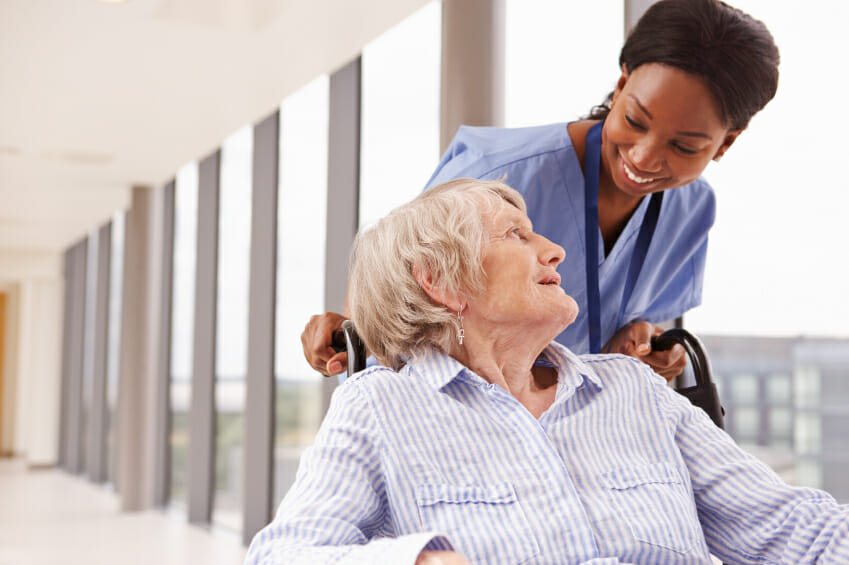 Canadians are living longer, stronger lives thanks to the hard work of professionals in the healthcare industry.
If you’re interested in joining the ranks of the caring professionals who make this happen, healthcare school can set you on track for success. In less than a year, you can have your own thriving career in medical administration, hospital unit coordination, addictions work, or any another healthcare field that suits you best.
One aspect of Canada’s long life expectancies is the impact elderly populations are having on our country’s healthcare system. They need and deserve health support of all kinds, and our government is in the process of deciding how best to distribute funding for this support.
Leaders in Canada’s healthcare industry say the amount of money provinces receives from the federal government should better reflect the age of each province’s population. Read on to learn how this ‘age adjustment’ policy could impact your own up-and-coming healthcare career:

When it Comes to Canadian Healthcare Costs, Age Matters

According to the Canadian Institute for Health Information, each Canadian currently costs our government $11,000 by their first birthday. This drops dramatically to just $1,500 by the time we’re ten, after which our healthcare costs rise at a steady rate up to approximately age 60.
As the CIHI states: “while Canadians age 65 and older account for about 15 per cent of the Canadian population, they consume more than 45 per cent of all public-sector health care dollars spent by provinces and territories.”
With your healthcare diploma, you’ll be eligible for work in any of these regions, where you can help aging Canadians access compassionate medical service that truly makes a difference in their lives. For example, many of Academy of Learning College’s (AOLC) healthcare programs can even offer training specifically focused on handling elderly patients.

As it stands, every Canadian province and territory is granted healthcare funds on a per-capita basis, not on the basis of how their population’s age is balanced. For instance, whether or not Manitoba or Saskatchewan has more elderly citizens to serve, Manitoba still gets more funding from the federal government because it has a higher population.
In British Columbia, a large and growing ‘Baby Boomer’ population (those born between 1946 and 1964) is tipping the population scales. Because of this imbalance, BC’s Finance Minister Kevin Falcon says that the province could lose up to $250 million per year in federal funding without an age-adjusted healthcare policy.
Qualified and passionate healthcare professionals are needed to ensure BC’s vulnerable elderly population is cared for despite potential cuts to hospital funds and provincial health initiatives. Healthcare courses can prepare you to work in home care environments as a health care aide or assistant, who brings quality healthcare to those in need who may no longer be accommodated by federally-funded facilities.

Since January of this year, BC’s Health Minister Terry Lake and Premier Christy Clark have been vocal about the need for Canada’s healthcare funding to be age adjusted. They recently called on newly-appointed Prime Minister Justin Trudeau to take action on the matter.
“To have a pure per-capita transfer is disadvantage to populations like B.C. that have lots of seniors and an advantage to populations like Alberta that are younger,” Lake explained. “You cannot allocate health-care dollars on a per capita basis until you adjust it for age.”

Thankfully whether or not the policy changes, the aging population in BC means healthcare professionals are needed more than ever before! If you’re considering your own healthcare career, now is the perfect time to begin.
Are you interested in enrolling in a healthcare school?
Visit AOLC to learn more about getting started.