What Is the Correlation Formula in Excel?

In statistics, Pearson’s correlation, also called Pearson’s r, is used to calculate the correlation formula. The formula is given below:

Where The Correlation Coefficient Is Used

For a financial analyst, the CORREL function is useful to find the correlation between two variables, e.g. a particular stock and the market index.

Let’s take an example and calculate the correlation coefficient of two data sets by hand. The following table shows two values: age and the heart rate calculated per minute. Here, the column Age is considered x, and the column Heart rate is y. We need the values xy, x2, and y2 and Σy, Σxy, Σx, Σy, (Σx)2, (Σy)2 and to substitute them in the formula given below.

Since r is a negative number, it implies that it is negatively correlated. You would arrive at the same value when using the Excel CORREL formula, which we cover in the following section.

The CORREL function is categorised under Excel’s statistical functions, which calculates the correlation coefficient between two variables.

The two arguments are:

Array1 — is a cell range of values where the values can be numbers, names, arrays, or references that contain numbers.

Array2 — is the second range of values where the values can be numbers, names, arrays, or references that contain numbers.

Let’s take the same example to calculate CORREL using Excel. Click on the variable fx near the formula bar. It displays the Insert Function dialogue box, where you must select the appropriate function from the drop-down menu.

It lists common functions such as SUM, AVERAGE, IF, PROPER, and MAXIFS. Choose the CORREL function from the list of functions. You should get the window where you have to mention the function arguments, array1 and array2. On the Excel sheet, drag the columns A2:A6 in array1 and the cells B2:B6 to be mentioned in array2. Click OK. The correlation coefficient is displayed in the cell and the formula bar.

There’s another way of invoking the Excel correlation coefficient formula. Click on Formulas → More Functions → Statistical → CORREL. Make sure to place the cursor in the cell where you want the formula’s result to appear before selecting the formula itself. 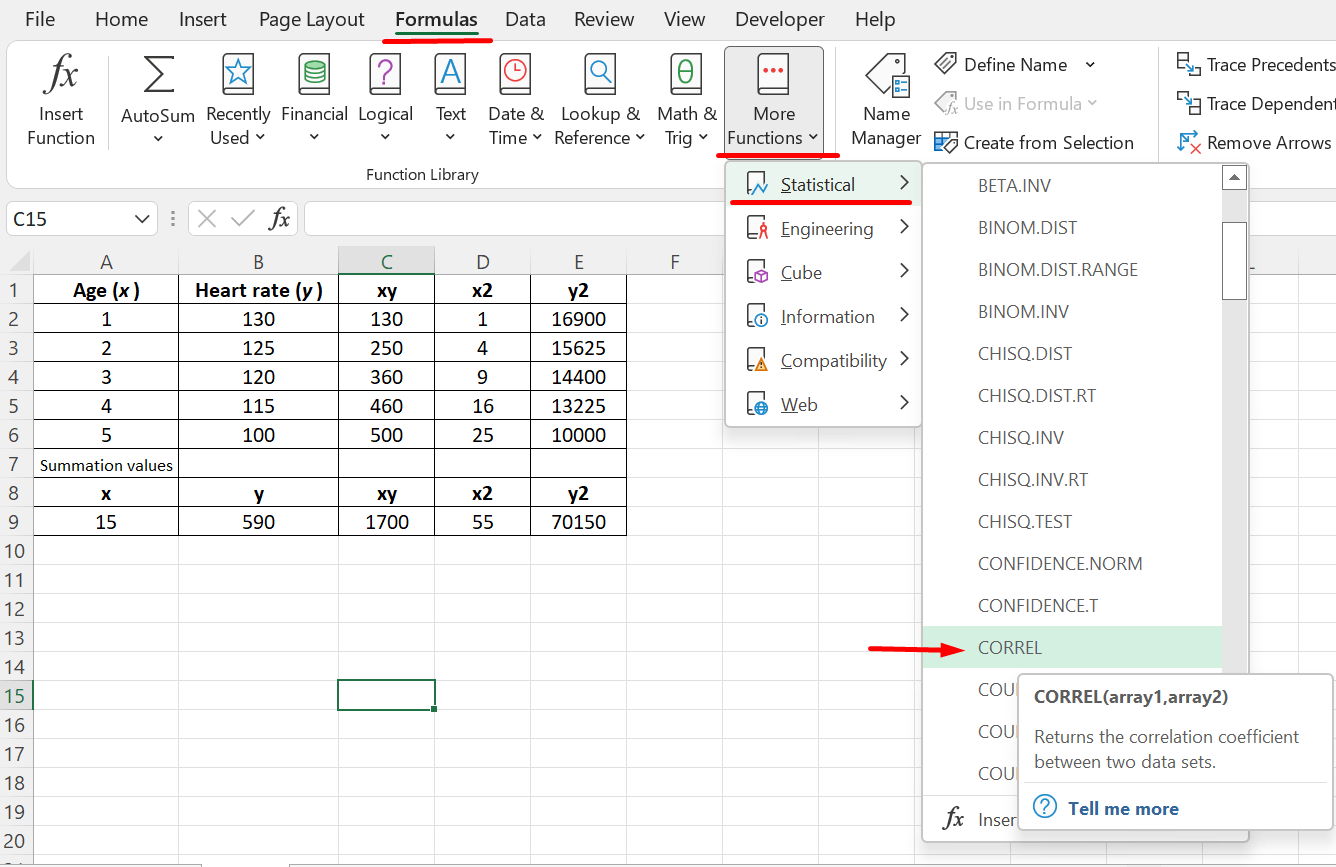 Let’s look at another example to understand how correlation in Excel works. In this example, the two random variables for which we need to find the correlation coefficient are the columns Wages and CPI (Consumer Price Index).

Click on the function fx, insert the function CORREL, mention the variables array1 and array2, and click OK. You get the result as 0.92, indicating that it is strongly positively correlated.

A positive correlation indicates that as the value of array1, wages increases, the other variable, CPI, also increases.

How to Find the Correlation Coefficient in Excel 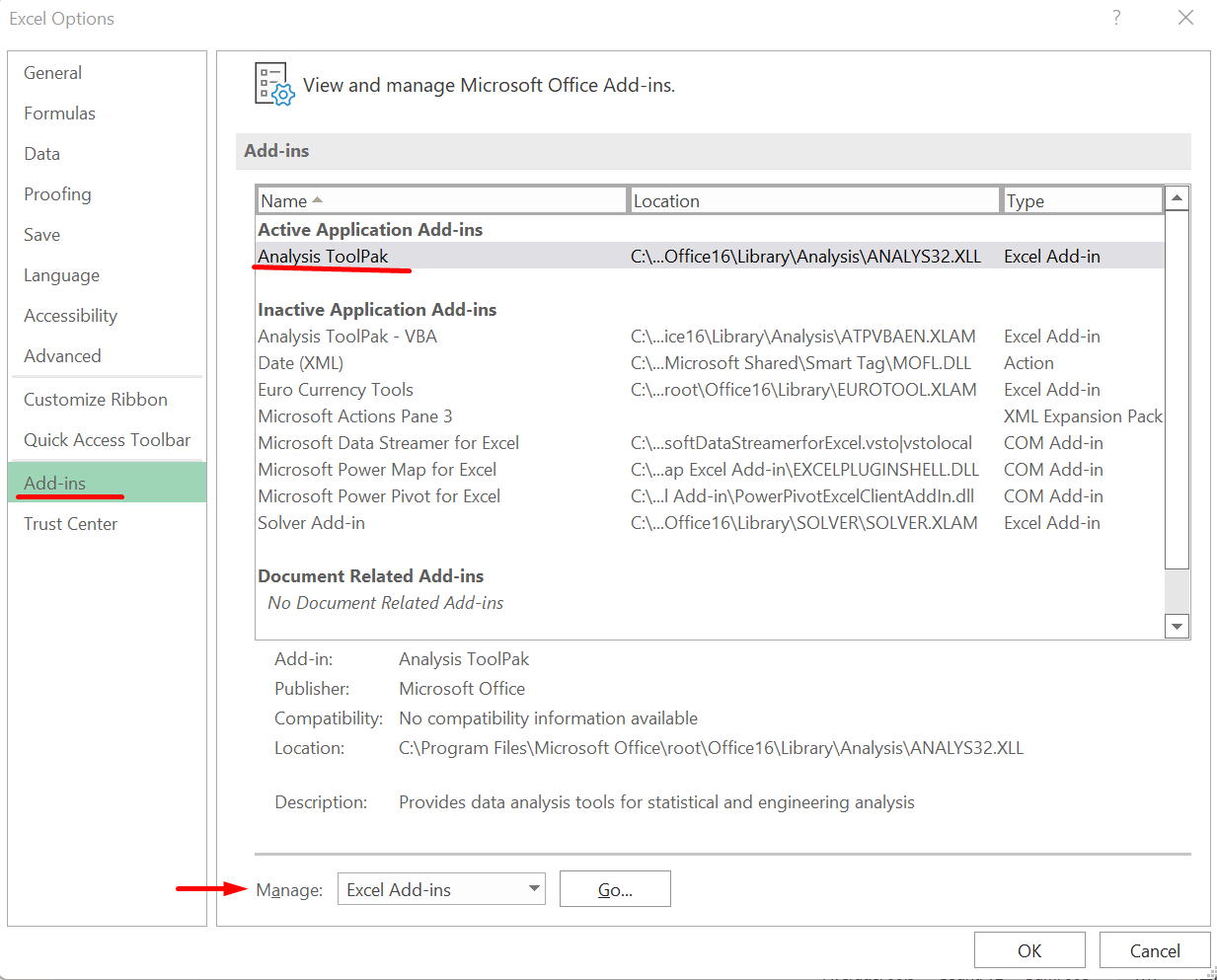 At the bottom of the dialogue box, you have a menu Manage. It has different types of Add-ins that can be included in Excel. Choose Excel Add-ins and click on the Go… button next to it. 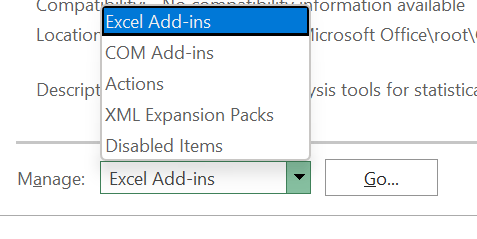 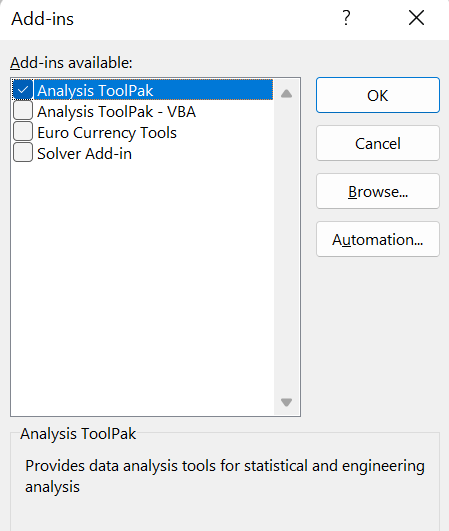 After this step, a new group Data Analysis is included in the Data tab, which was not available till now. Now, go to the Data tab, and you will find a new group, Analysis, that is included after you click on the Add-ins. Click on Data Analysis → Correlation → OK. You get this window popping up where you have to insert the arguments for the formula.

In the Input Range, mention the cell range of the data. Include the cell location of the column labels also. Check the box that prompts whether to include the labels in the first row. In the dialogue box, mention where you need the result to appear. In this example, cell A8 is mentioned where you get the result displayed.

1. How do you use correlation in Excel?

2. How do you plot correlation coefficients in Excel charts?

A scatter plot is used for data analysis of random variables. The chart consists of two variables, X and Y. The variable X is independent, and the second variable, Y, is dependent on X. A positive correlation, negative correlation, and no correlation can be represented in the chart.

3. What possible errors can you expect from a CORREL function?

This article explored finding the correlation coefficient between two random data sets in Excel. It is a statistical function widely used by data analysts to predict the outcomes of an event or an experiment.

There are a lot of other functions and features in Excel that you can learn, which can help you manage data more efficiently. Check our courses in Excel and Microsoft Office Applications to learn what a Pivot table is and how to insert slicers. Also, you can learn what lookup functions are and how to use them using our Lookups in Excel – Beginner’s Guide. You will earn Micro-credentials on the completion of the course. 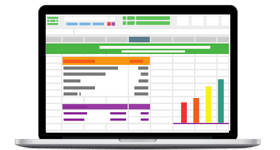