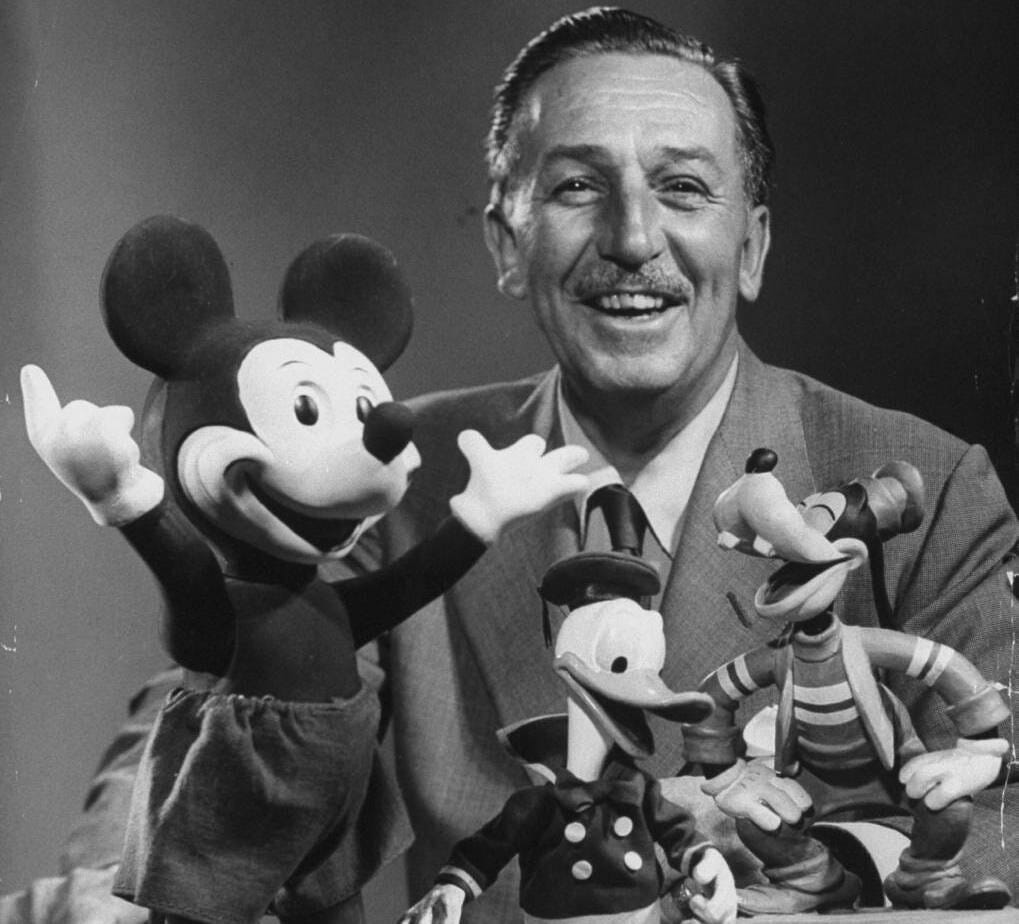 Walt Disney, the founder of The Walt Disney Company was originally a newspaper editor in his early years. In 1919, Walt Disney was fired from the Kansas City Star because he “lacked imagination and had no good ideas,” according to his former chief editor. Disney then worked as a draftsman and inker in commercial art studios before starting his own small studio with a partner. The two made short advertising films for local businesses with a second-hand camera while working on their animation projects on the side. Unfortunately, the company later on ran into numerous issues and Walt was forced to declare bankruptcy in 1923.

Despite this major failure, Walt reorganized his animation projects and moved to California to start his own animation production gig with his brother Roy in their uncle’s garage with $250 initial capital. In 1928, Mickey Mouse was born. Mickey’s first film appearance in Steamboat Willie (1928) made quite an impact. Eventually, they started to making profits; and the Walt Disney Company soon became the most famous animation production brand at the time and every kid in this world is excited to hear the name Disney. Walt Disney tried different paths and failed multiple times over the course of his career; he eventually succeeded in his last try. He credited his early failure that development strength and courage for him to take on bigger challenges in the future, which paid off in big rewards as the success of Disney’s dreamy successful career. 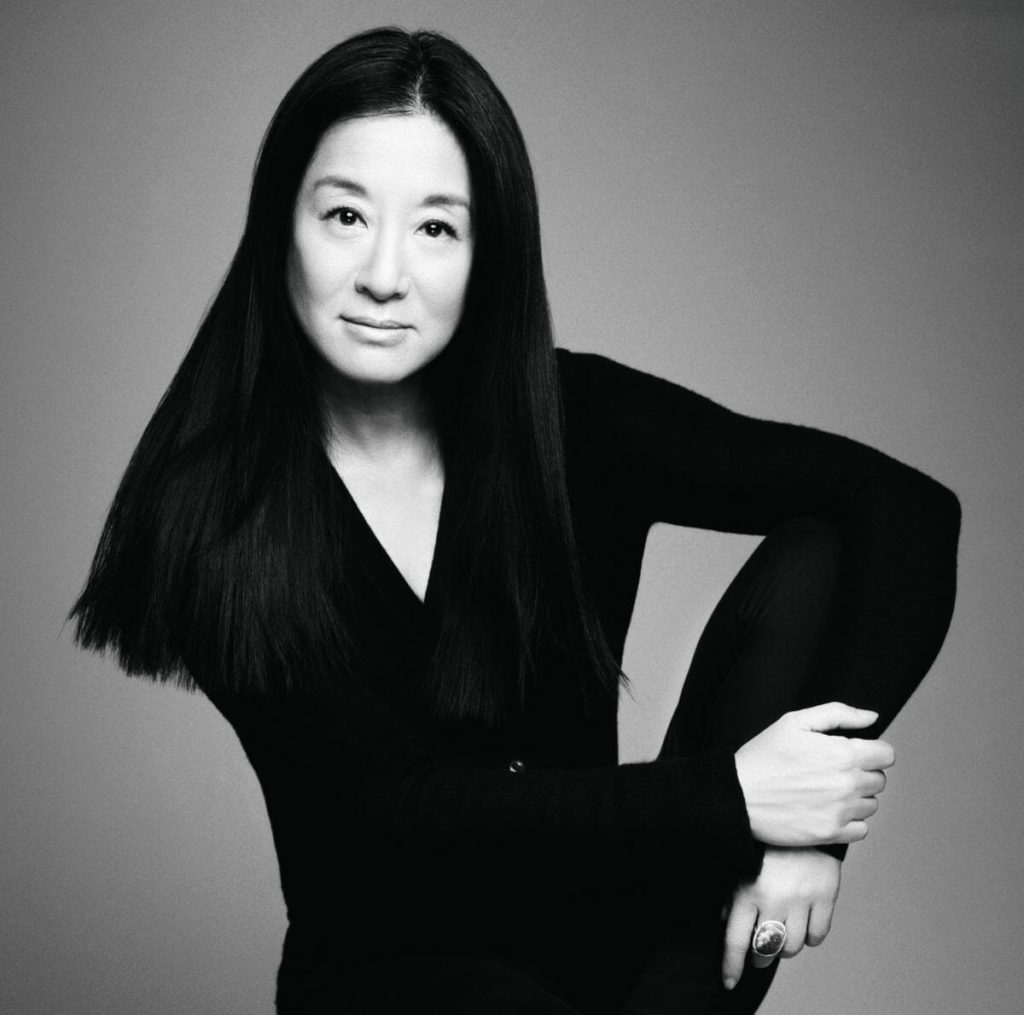 Vera Wang was a “nobody” just like you and me, before she became a superstar in the field of fashion and design. She was an average figure skater and journalist before she entered a completely different industry at age 40. Wang looks back at her early life as a young ice-skating trainee with aspirations to present at the Olympic games. “As hard as I tried and as hard as I worked, I never really achieved the level that I wished. It was a very hard realization that since I was in my late teens, I was never going to get better. I wasn’t going to make the Olympic team, and there were younger skaters coming up. So I quit,” Wang explains.

After that, Wang took a complete different spin of her career: she jumped into the fashion industry and later on became the senior fashion editor at Vogue for 15 years and then a design director for Ralph Lauren. She designed her own wedding dress and soon launched her own signature bridal collection. Now she has a large Hollywood following and became the fashion icon in bridal apparels.

Sanders grew up in a family where his father died when he was 6 and mother remarried when he was 12. He dropped out of school in the seventh grade and spent the first half of his life working a series of jobs in different industries, including stoking the steam engines of trains throughout the South, selling insurance, selling tires, making lighting systems, and operating a ferry boat.

He acquired a service station in Corbin, Kentucky, in 1930 and began serving classic Southern dishes to traveler. The location became known for its food, and Sanders eventually got rid of the service station’s gas pump and converted the location to a full-fledged restaurant. His success came through in 1939 when he discovered his signature fried chicken with “11 herbs and spices.” He then began touring the country selling Kentucky Fried Chicken franchises, and by the time he sold the business for $2 million in 1964, there were over 900 of them.

In 1950, the governor of Kentucky named Sanders colonel, the highest title of honour the state can give. From then on, Sanders’ restaurant become the worldly renowned brand-KFC, which brought him a significantly amount of profit and fame. 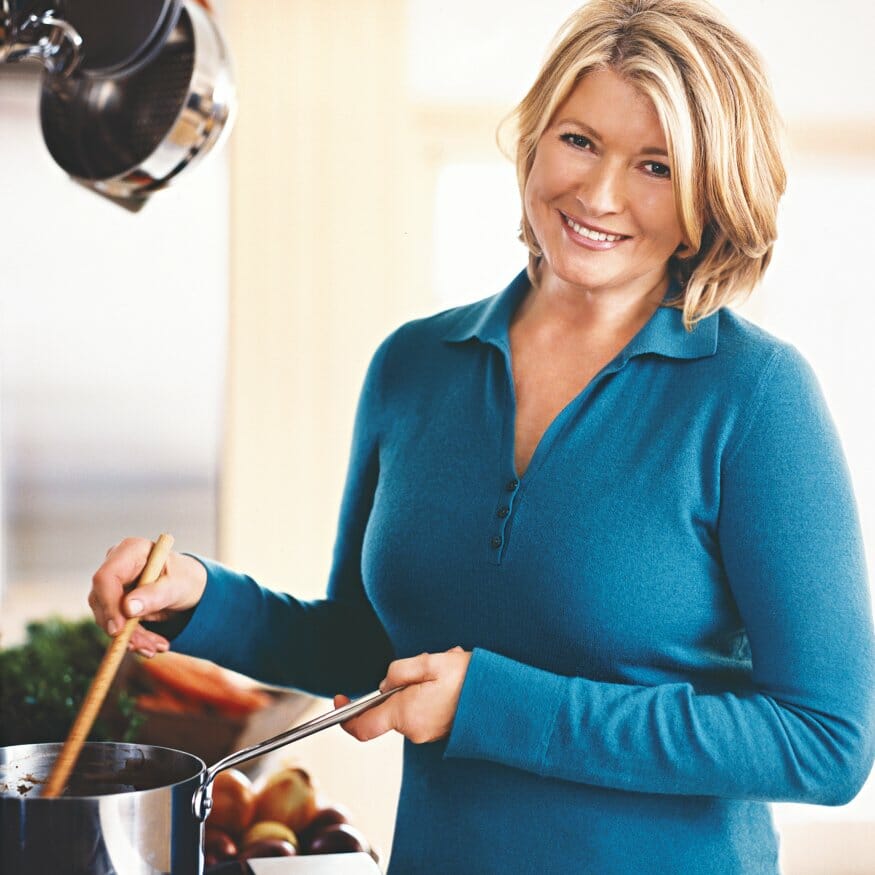 Stewart had the dream job of most young girls, modelling for Chanel while she was in college. After graduation, she went on a totally different direction: she became a stockbroker on Wall Street, selling securities at brokerage firm Monness, Horstman, Williams and Sidel. After the major economy crisis on Wall Street, Stewart lost her job and moved tout of the city with her husband, who purchased a small family home in Connecticut. She soon walked out of the job-losing depression, and found her passion in decorating her home and making delicious cuisines for her family and friends. This inspired Stewart to enter the catering and homemaking  business; her ambition and dedication soon made her the icon in the lifestyle industry.

Although Martha Stewart was involved in some legal issues, we could still learn a lot from her’s career change experience: A former model turned into stockbroker in her 20s, and then from a housewife to a professional homemaker and caterer that every women dreamed to be in her late 30s. After her established her catering company Stewart published her first book and began to sell home-products in her 40s. In her 50s, Stewart became a famous TV show host, an editor-in-chief of her own lifestyle magazine, and the billionaire CEO of Martha Stewart Living Omnimedia Inc. 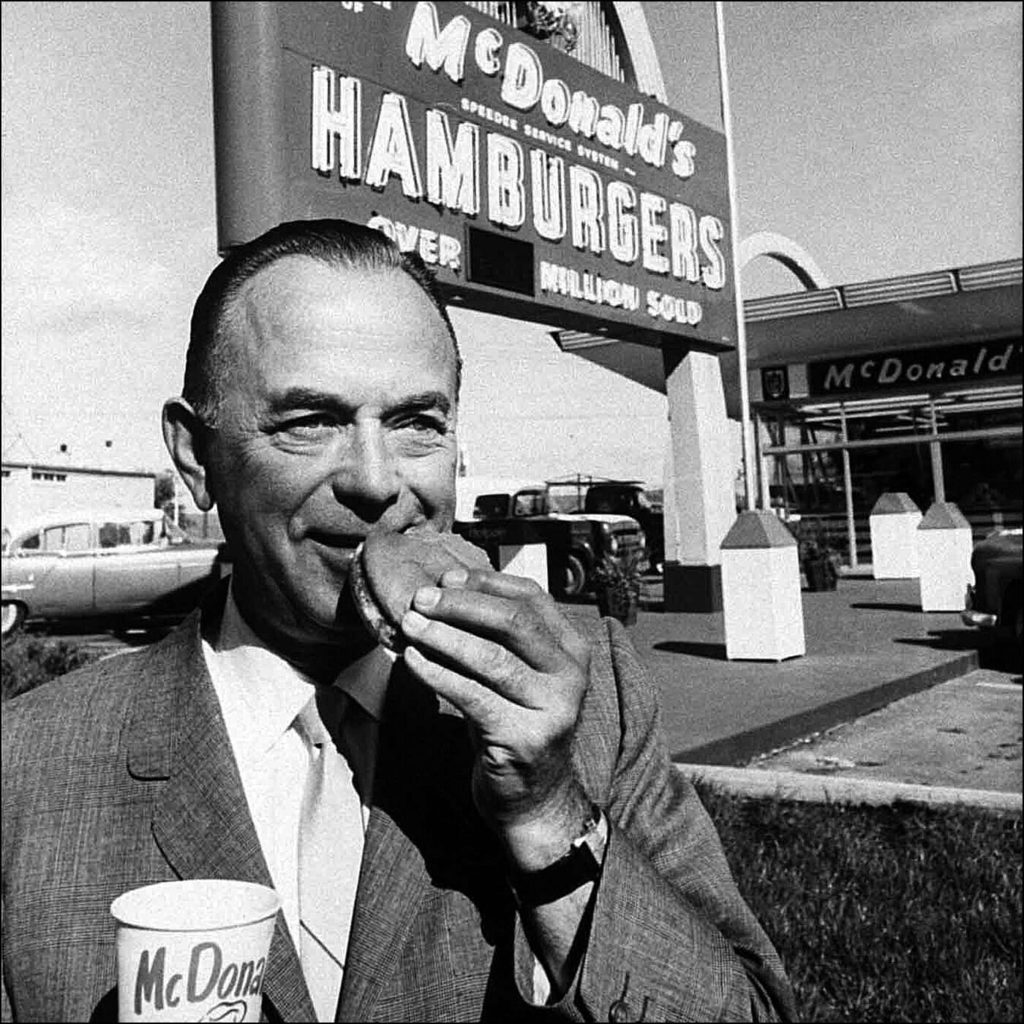 Ray Kroc was an American entrepreneur best known for expanding McDonald’s from a local restaurant to the world’s most profitable restaurant chain. Kroc was born in Oak Park, Illinois, on October 5, 1902. He participated in World War I as a Red Cross ambulance driver, lying about his age to begin serving at 15.

After World War I, Kroc explored a number of career options, including paper cup salesman, pianist and DJ on a local Oak Park radio station. He then discovered his passion in restaurant and worked from shops to shops, hoping to learn the business. He first put his knowledge to use as a traveling milkshake machine salesman. The machines that Kroc sold made five shakes at a time, attracting more customer for restaurants. He remained a salesman for 17 years. In 1954, Kroc visited a restaurant in San Bernardino, California that had purchased several Multimixers. There he found a restaurant owned by brothers Dick and Mac McDonald. Grasping the franchising potential of McDonald’s, Kroc offered to work as a franchising agent for a cut of the profits. In 1955, he founded McDonald’s System, Inc., a predecessor of the McDonald’s Corporation, and six years later bought the exclusive rights to the McDonald’s name. By 1958, McDonald’s had sold its 100 millionth hamburger.