The Fastest Typists In The World–Past and Present 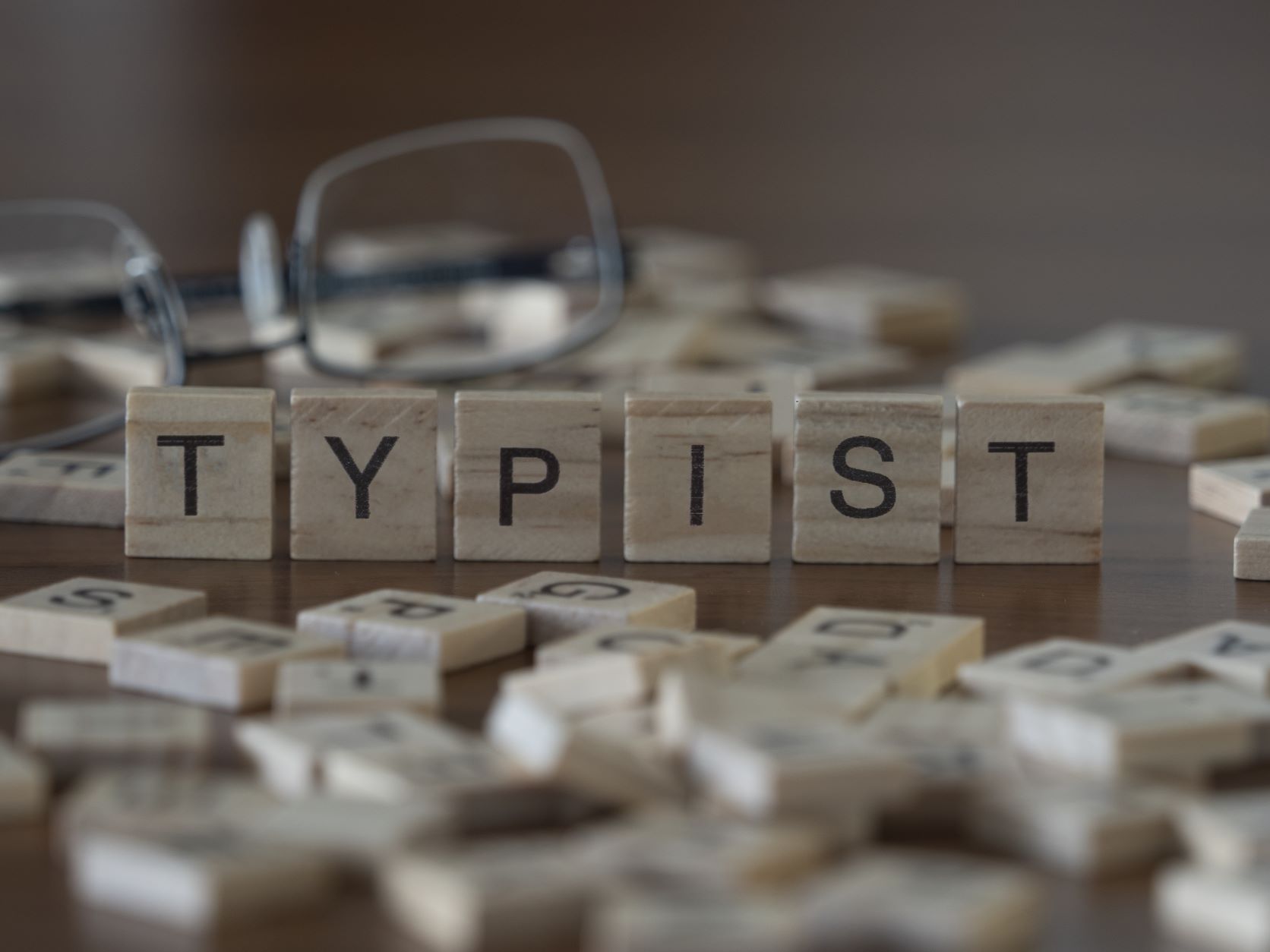 Learning to type fast can make a big difference when you’re applying for a new job or hoping to break into a new career. Touch typing, the ability to type using all your fingers without looking at the keyboard, is critical. It improves a team’s efficiency, decreases errors, boosts written communication, and enhances productivity. These are a few reasons why employers value this skill so highly.

To highlight this critical skill, we’re going to be looking at the fastest typer, worldwide, both now and throughout history. This way, you can see what’s achievable with a bit of practice, skill, and luck.

In addition, you can test your typing speed for free with our Speedy Keys test. Then, compare your speed to the leaderboard and the typists below, to see how you stack up!

Typer vs. Typist, which is correct?

Before digging into the world of typing, we must discuss something important – which word is correct! While “typist” is technically correct, the word “typer” is also commonly used in conversation. Many people now use the word “typer” in conversation to describe someone who is typing. This is because as we speak, we can change the words we use to better express ourselves.

For example, many of us know that “whom” is grammatically correct, but we still use “who”. Why? Well, because it’s easier for us in conversation! Typing is a relatively new phenomenon, so it makes sense that the wording is evolving. Until around ten years ago, the word “tweet” was not used in reference to social media. Maybe our language is evolving, and who knows, may be one day the word “typer” will be formally added to the dictionary.

Who is the fastest typist in the world? 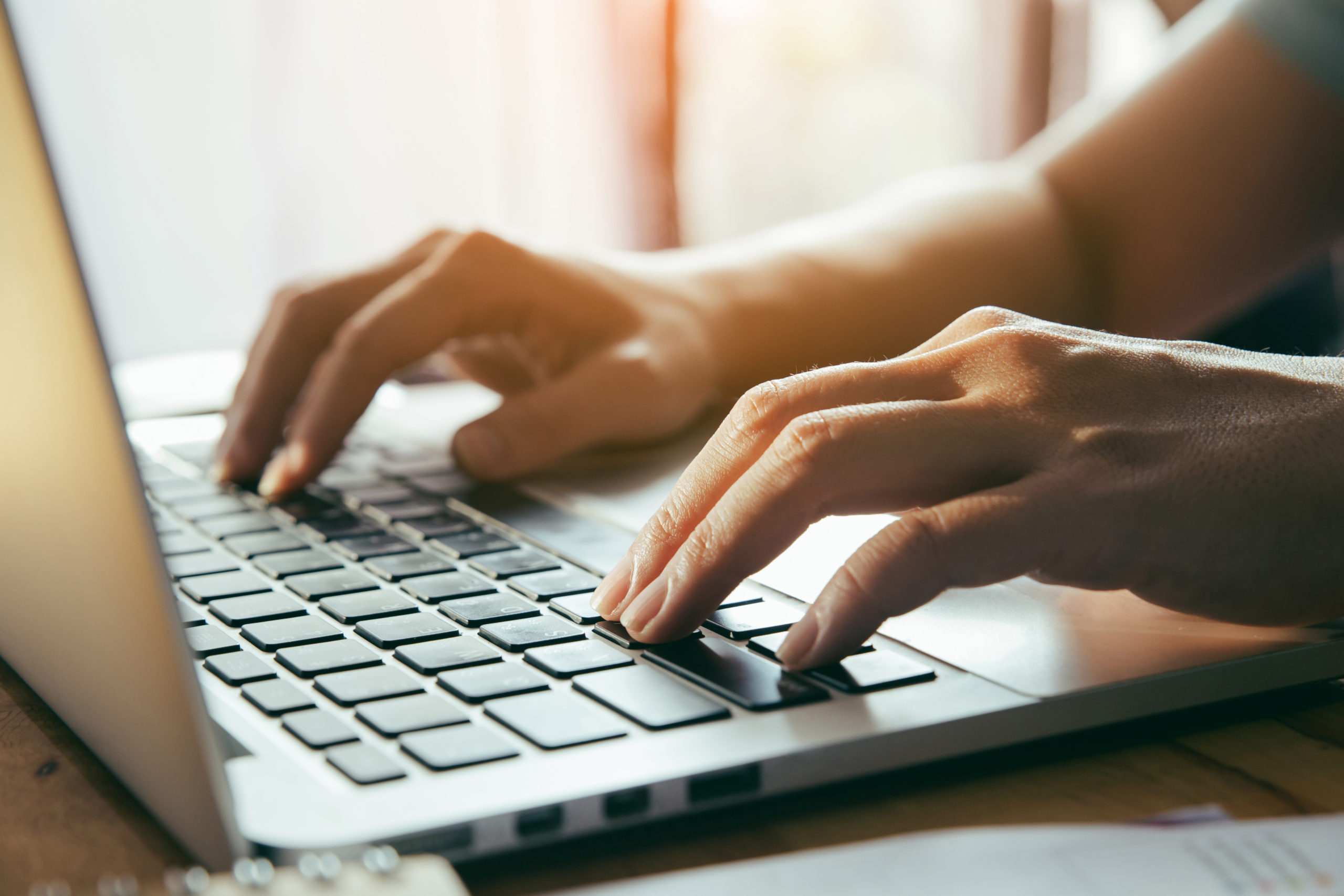 Since 2005, The current official holder of the title of fastest typer in the world wpm, on a computer, is Barbara Blackburn (using a Dvorak simplified keyboard and typing in the English language). Barbara’s record has managed to remain unbeaten, with a top typing speed of 212 words per minute (wpm).

Barbara rose to fame in 1985, when the Guiness Book of World Records listed her as the world’s fastest typer. To gain this record, she had a typing speed of 170 wpm. Barbara had honed her skills working as a legal secretary in Kansas City. Even over longer periods of time, she was able to maintain extremely high averages. For example, when typing for over 50 minutes, she was still able to manage an impressive 150 wpm. That’s faster than most people speak! 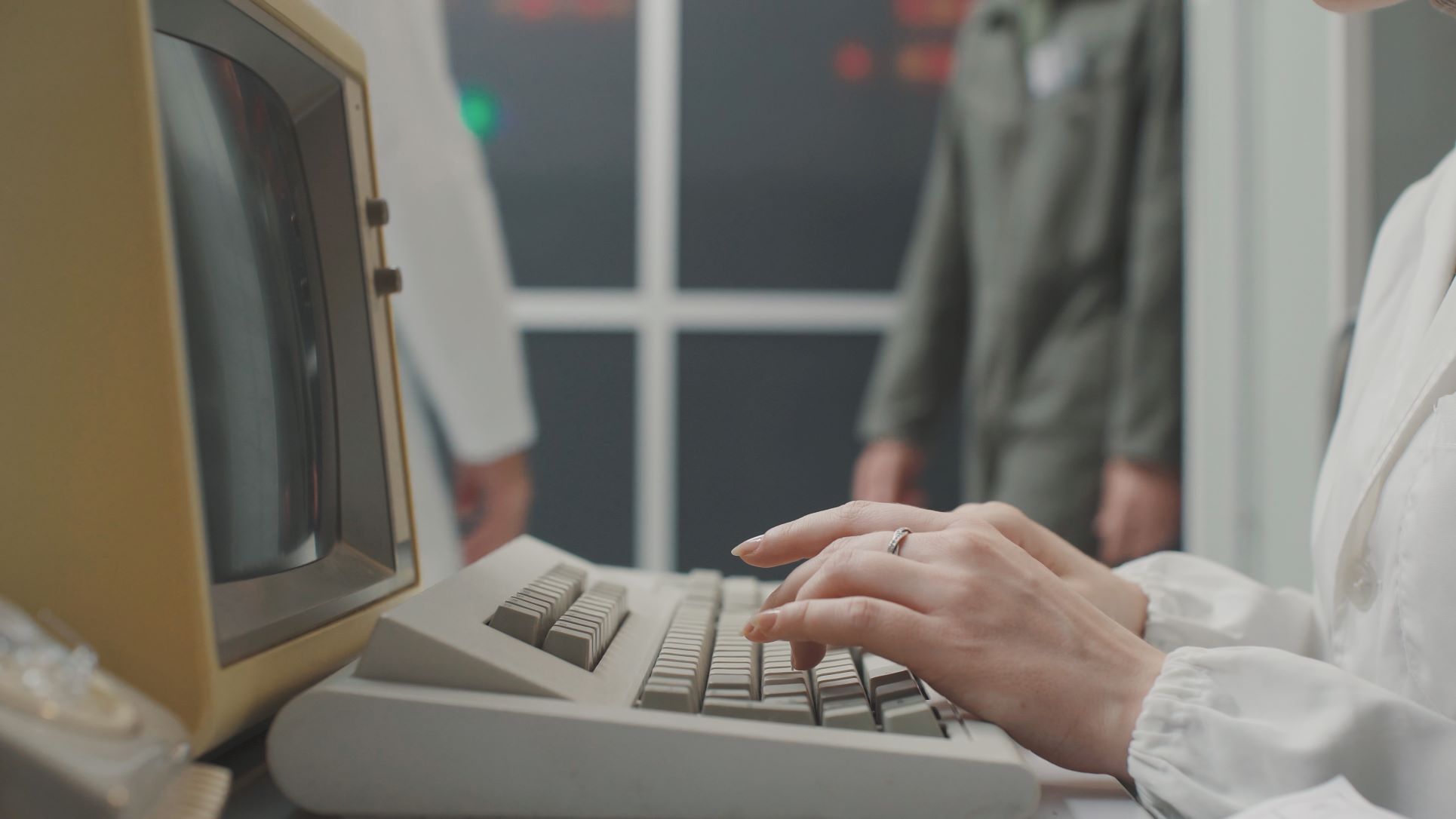 Although Barbara holds the official Guinness World Record title for the fastest typer in the world wpm, there have been many unofficial contenders. For instance, Guilherme Sandrini from Brazil achieved a typing speed of 241.82 wpm on an online typing platform, using the standard QWERTY keyboard.

Sean Wrona set another record at the Ultimate Typing Championship with a speed of 256 wpm. Although not officially recognized by the Guinness Book of World Records, Wrona was also able to reach a higher speed than Blackburn’s endurance typing record. He reached a speed of 174 wpm over a 50-minute duration.

Many competitions, official and unofficial, seek to find who is the fastest typist in the world. And, thanks to the rise of typing apps and competitions, it has been easier for individuals to test themselves. Then, they can compete against Barbara’s high typing speed.

History of the Fastest Typists 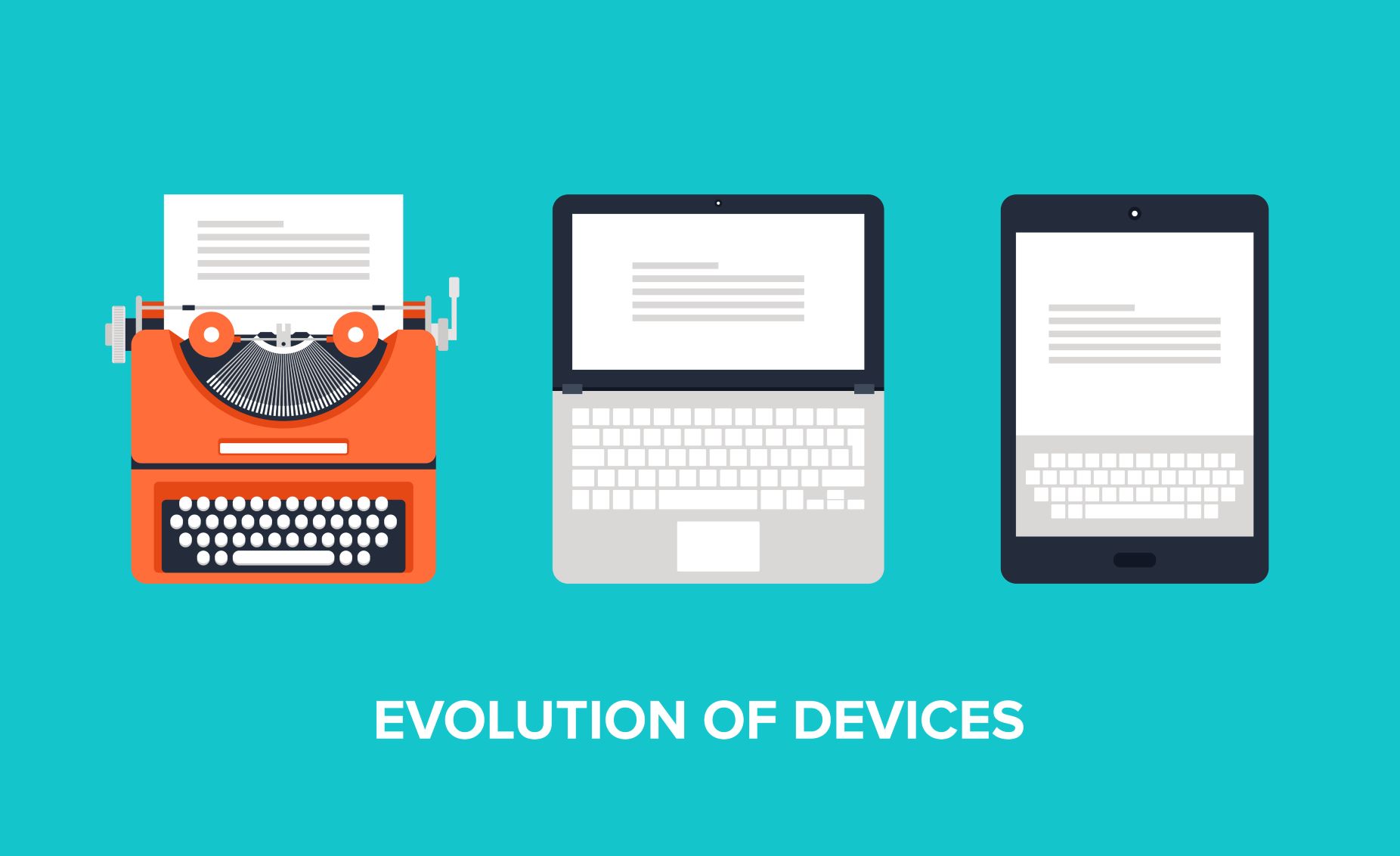 Rose Luisa Fritz was just 17 years old in 1906 when she won the title of the world’s fastest typist, using her custom-built Underwood typewriter. She reached speeds of between 80 and 100 words per minute. Fritz travelled throughout the world demonstrating her typing skills. Later in life, she became a private school teacher.

Word of her typing skills even reached the Prince of Wales, who stopped by to see Fritz’ skills in person. She typed a 113 word sheet up in front of him in just 60 seconds. Plus, there were no mistakes and the document had perfect punctation. Then, the Prince asked Fritz to sign it, so he could have it as a souvenir.

In 1923, more than twenty years before Stella’s record, Albert Tangora achieved a record speed of 141 words per minute. He also achieved a record for endurance typing – 147 wpm over a one hour period. He used an Underwood Standard manual typewriter, with a QWERTY keyboard.

No typist has ever managed to beat Albert’s typing record using a manual typewriter. Albert won the typing competition set by the International Commercial Schools Association a total of seven times. 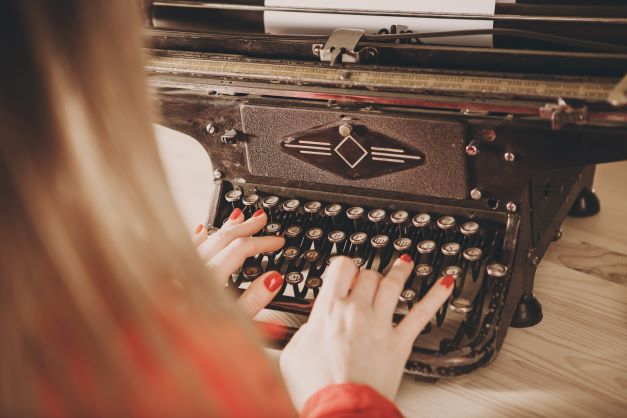 In the days before computers, the highest typing speed ever recorded was 216 wpm. Stella Pajunas-Garnand from Chicago achieved this record in 1946. She became the world’s fastest typer using an IBM electric typewriter with the QWERTY keyboard layout.

The official fastest typer of the alphabet (with spaces between each letter) is SK Ashraf . In 2017, he set the Guiness World Record for the challenge, recording an official time of 3.37 seconds.

Typing in a variety of the 27 languages he was fluent in, Russian army clerk and multilingualist, Michael Shestov, typed 801 words in five minutes. He averaged 160 words per minute.

Where can I test my typing speed for free?

Do you think you’re the next Barbara Blackburn? We challenge you to test your typing skills! With Speedy Keys, we’re searching to find the fastest touch typist in Canada! Test your typing speed for free and submit as many applications as you’d like. Maybe you can even make it to the Guinness Book of World Records.

We hope you’ve enjoyed a look at the fastest typists from the past and current day! If you’re feeling inspired to improve your typing, consider taking a touch typing course to boost your confidence and skills in this area.